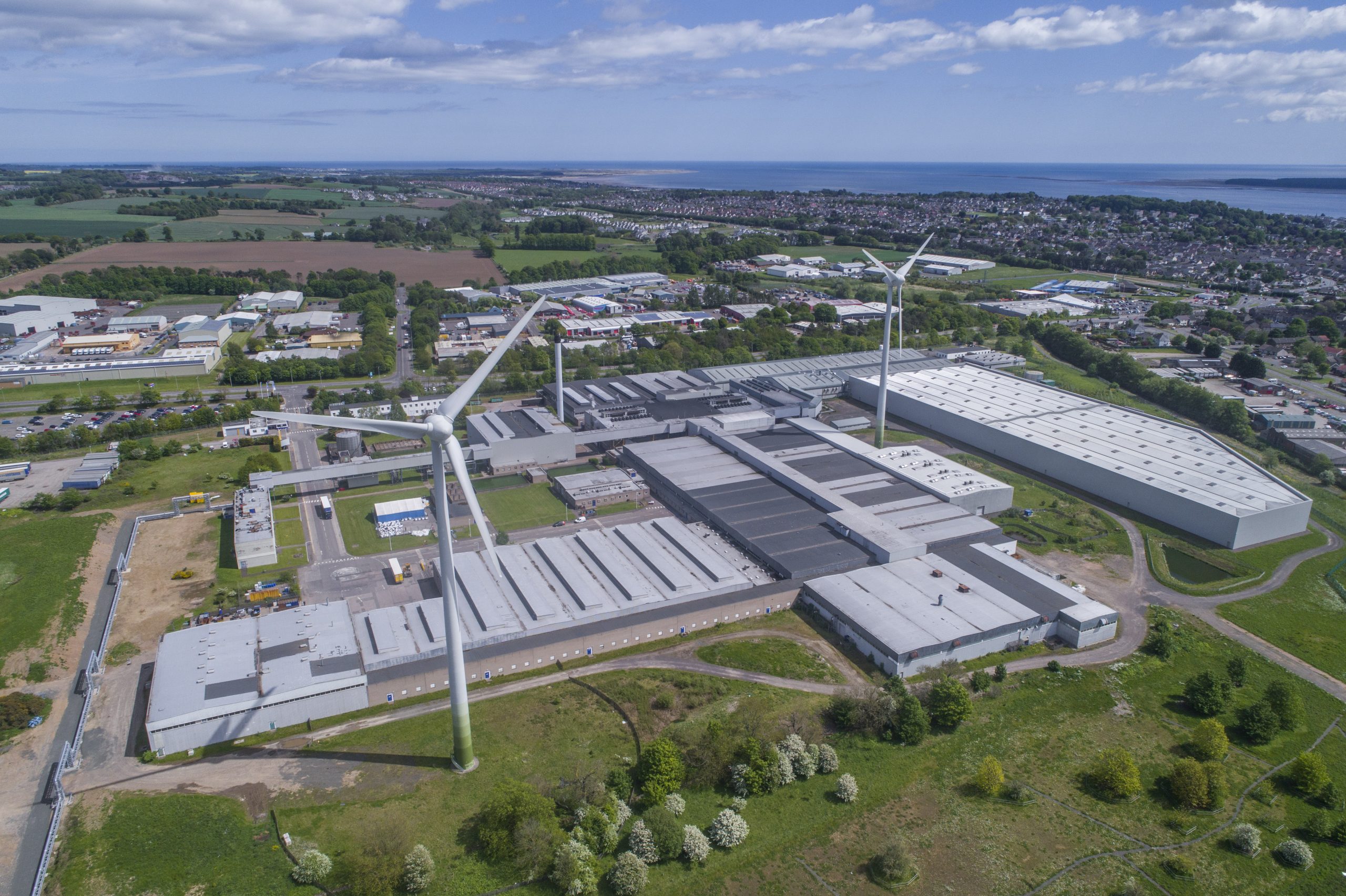 Last year we made the decision to rename the buildings at the Innovation Parc. We’ve chosen to name them after people who made significant progress or discoveries in fields relating to sustainable mobility and decarbonisation.

John Loudon McAdam was a Scottish civil engineer and road-builder who invented ‘macadamisation’, deemed to be the single greatest advance in road construction since the Roman Empire. Its development paved the way for much of the modern world as we know it today.

George Johnston was a Scottish engineer who spent the early part of his career as a locomotive engineer before designing and constructing Scotland’s first automobile, the Mo-Car.

Hertha Ayrton was a pioneering English physicist, and suffragette. Her work and inventions contributed to major scientific advancements at the turn of the 20th century, specifically in the field of electricity.

Henry Cavendish was an English scientist, and an important experimental and theoretical chemist and physicist, known for discovering hydrogen, which he termed ‘inflammable air’.

Alessandro Giuseppe Antonio Anastasio Volta was an Italian physicist, chemist, and pioneer of electricity and power who is credited as the inventor of the first electric battery. The volt, the standard unit of electric potential, was named in his honour.

Elizabeth Fulhame was a Scottish chemist who invented the concept of catalysis, the process of increasing the rate of a chemical reaction by adding a substance known as a catalyst, a major step in the history of chemistry.

Maria Telkes was a Hungarian biophysicist, scientist and inventor who worked on solar energy technologies, best known for her invention of the solar distiller and the first solar-powered heating system designed for residences. She is considered one of the founders of solar thermal storage systems, earning her the nickname “the Sun Queen”.

Ogden Bolton Jr. was an American inventor known for being granted the first patent for a battery powered bicycle, making him an early pioneer for the e-bikes we have today.

Thomas Parker was an English electrical engineer and inventor who is known for creating one of the first practical electrical cars in around 1884. He patented improvements in lead-acid batteries and dynamos and was a pioneer of manufacturing equipment that powered electric tramways and electric lighting.

Thomas McCall was a Scottish inventor who is best known for being the first man to achieve rear-wheel drive on a bicycle and also producing the first rod-driven two-wheeled, bicycle called the Treadle Bicycle in 1869.

James Blyth was a Scottish electrical engineer, who was a pioneer in the field of electricity generation through wind power. Built in 1887, his wind turbine was the world’s first- known structure by which electricity was generated from wind power. He patented his design and later developed an improved model.

You can view our full site map here.