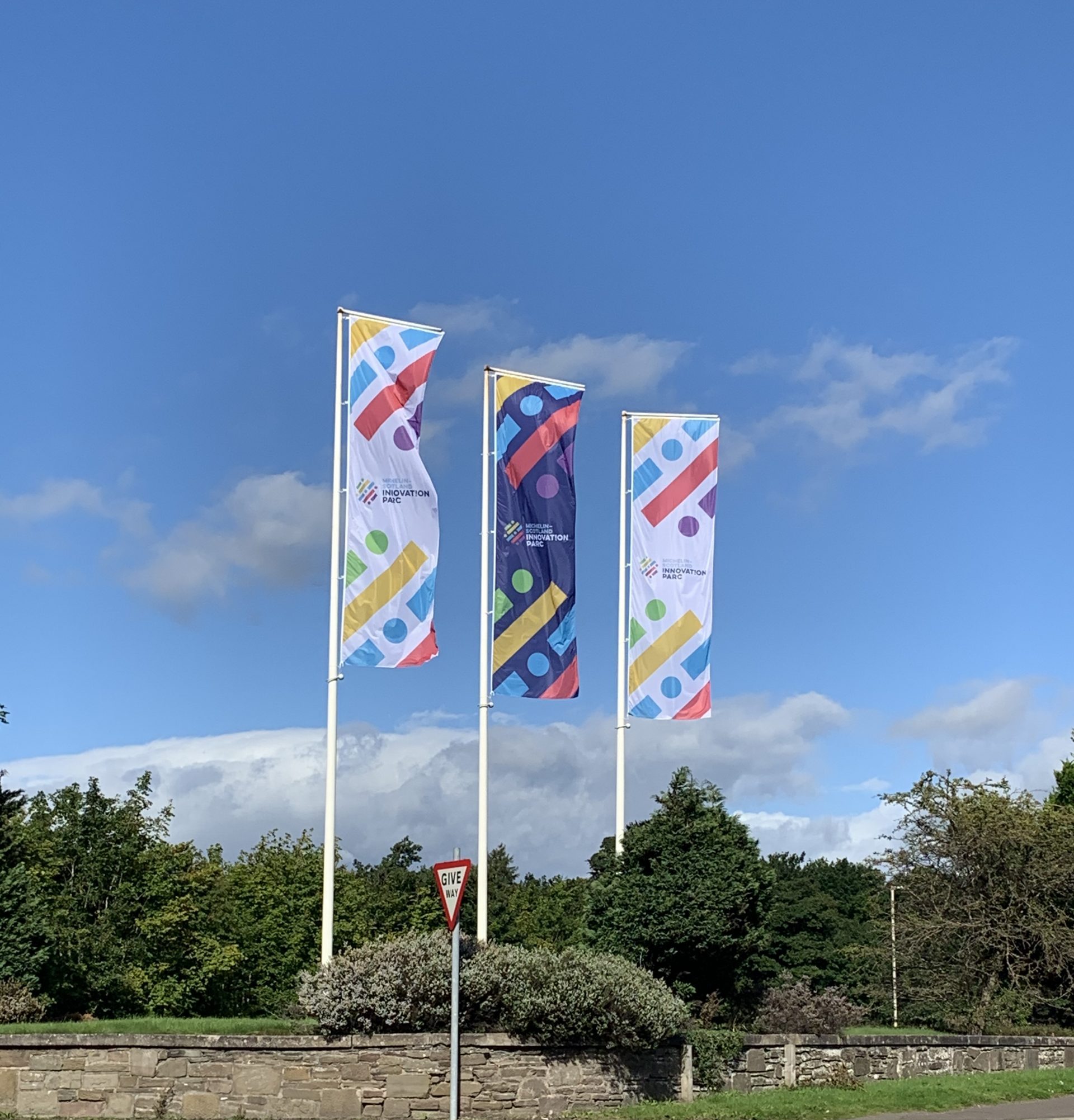 To some, this means an extra holiday. To many, it’s a day to celebrate Scotland, no matter where you are from or located presently.

At Michelin Scotland Innovation Parc (MSIP), it’s a day to reflect on being a business located in Scotland, aspiring to drive growth and diversity in the Scottish economy, whilst addressing the global climate emergency.

Our Scottish location is a core part of MSIP, so much so that it’s in our name and part of our brand!

Scotland is transitioning to a net-zero emissions country, for the benefit of its people, environment, and prosperity. It has world-leading climate change legislation that sets a target for net-zero emissions of all greenhouse gases by 2045. And it says with confidence, that Scotland’s contribution to climate change will end within one generation.

That’s a big deal. It’s nothing new and an ambition that many have. However, what is unique is that Scotland has been saying this for a while.

When MSIP was formed, the fight against climate change and how Scotland achieves these targets was recognised as a reason for needing an Innovation Parc like ours.

Now, in 2020 with a year that has been like no other for generations, economic growth is needed more than ever. And there is a strong recognition that this will come from the green economy.

By building a dynamic and creative home where innovators, manufacturers and skills developers can collaborate, MSIP will nurture growth and advances in sustainable mobility and decarbonisation in Scotland, for the benefit of many.

We were early to this party, but we are not the only ones. We are accompanied by many, all with shared goals and a drive to beat climate change.

The international COP26 climate summit will take place in Glasgow next year, putting the world’s spotlight on Scotland as a nation and a leader in decarbonisation. This is an opportunity to showcase Scotland’s ambitious plans to tackle climate change. We look forward to being a part of that.

By being in Scotland, that doesn’t mean we stop there. We are part of a world mission, playing our part in a much bigger show.

Earlier this month the UK Government announced a ten-point plan for a green industrial revolution, intended to eliminate the UK’s contribution to climate change by 2050. This was big news for us and is another mark of confidence that our vision is correct, our mission is the right one, and we are ‘in the game’.

I was recently asked the question ‘if MSIP was an animal, what would it be?’ This was to challenge my thinking on what core traits our business has.

On Saint Andrews Day, our national holiday, I ask ‘if Scotland was an animal, what would it be’? My answer, although not original or surprising, is a unicorn. And not (just) because I love unicorns or because it is Scotland’s national animal.

Scotland is beautiful, it is unique, it has colour and vibrancy, it stands out in the crowd and is almost too good to be true. It is something to aspire to be.