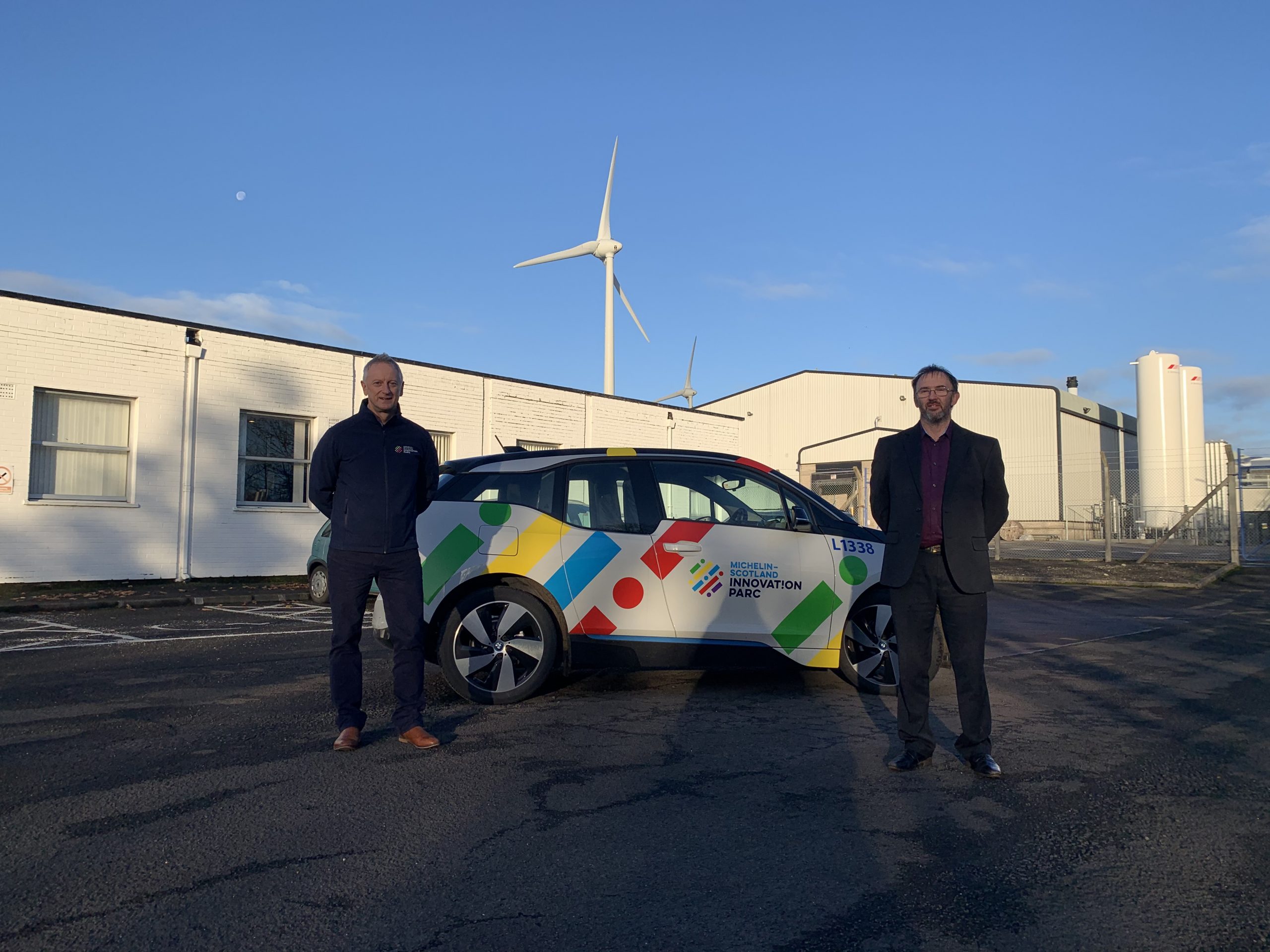 MSIP, a joint venture between Michelin, Dundee City Council and Scottish Enterprise, is a world-class Innovation Parc in Dundee for sustainable mobility and low carbon energy, that will drive growth and diversity in the Scottish economy while addressing the global climate emergency.

MEP Technologies Ltd designs and manufactures high technology battery systems for portable industrial storage and automotive electric vehicle systems. It has relocated from its existing Dundee premises to accommodate the growth of its business. It initially brings 10 jobs to the Innovation Parc, with plans to create up to 10 new jobs at MSIP over the next two years.

In addition to the first tenant company, MSIP is in advanced stages of discussions with several other companies in low carbon industries and anticipates further tenants within the next 12 months. These companies could create an additional 200 jobs at the Innovation Parc.

Two previously announced companies that had reached provisional agreements to locate at MSIP in July – Arcola Energy and Low Emissions Resources Global – have been delayed by COVID-19 impacts but anticipate a move to MSIP in Spring/Summer 2021.

MSIP will inform all former Michelin Dundee employees of any new opportunities at the Innovation Parc, as they emerge.

The Michelin Dundee Action Group (MDAG), the stakeholder group formed to address the initial closure announcement, met earlier this week (2 November) to receive an update on the Michelin Dundee workforce and MSIP, and agree the best way forward for MDAG.

It was agreed at that meeting that MDAG will evolve into two key stakeholder groups, one with a national focus Chaired by Linda Hanna, Interim CEO, Scottish Enterprise and another that will bring together key stakeholders at a local and regional level, to be Chaired by John Alexander, Leader of Dundee City Council.

Greig Coull, CEO of MSIP said: “Today’s announcement of our first tenant at MSIP is a big mark of progress for us, on what marks the two-year anniversary of the announcement to close the Michelin Dundee factory.

“MEP Technologies Ltd is a great fit with MSIP, and demonstrates we have a strong offer to companies in the sustainable mobility and low carbon energy industries. Our first tenant is the first of many. I’m excited about today’s news, but also what the next 12 months will bring.”

Stuart Morrison, Managing Director of MEP Technologies Ltd said: “We are really pleased to now be a part of the Michelin Scotland Innovation Parc community. The parc is already attracting some really successful low carbon technology companies and some really innovative new technology companies too. I can’t endorse the initiative enough and praise the support of Michelin, Scottish Enterprise and Dundee City Council.”

Councillor John Alexander, leader of Dundee City Council, said: “I’m delighted to welcome the first tenants of the parc, and look forward to many more joining them in the months and years ahead.

“There’s a real buzz ­around MSIP and its role in the sustainable and low carbon technologies which will not only help create jobs and prosperity here in Dundee, but also play a part in addressing the global climate emergency.

“Much has been achieved in the two years since the announcement of an end to tyre manufacturing at the site. We need to keep up the pace, and the key stakeholder groups that Linda Hannah and I will chair are committed to doing that.”

Jerome Monsaingeon, Michelin Group representative on the board of MSIP, said: “In November 2018, we committed to two things: to help our employees find new jobs and to work with partners on a project that would create long-term benefits for the whole area. We are delivering on those commitments and we will continue to do so.”

Andy McDonald, Head of Low Carbon Transition at Scottish Enterprise, said: “The arrival of the first tenants marks the start of the new future for the MSIP site.

“MEP Technologies perfectly exemplifies the kind of businesses who will make up the MSIP community – helping achieve our environmental ambitions while supporting growth in our economy.

“MSIP will play a pivotal role in the fight against the climate emergency, and MEP Technologies will be among the employers of the future in Dundee helping create a greener and fairer Scotland from this exceptional, world-class facility.”

Economy Secretary Fiona Hyslop said: “This is a significant day for Dundee and I would like to thank Michelin and everyone who has been involved since the closure announcement. Their hard work and determination has supported the workforce and community and the vast majority of employees have found further employment or training opportunities.

“This same attitude has also helped to realise our collective shared vision for MSIP and the arrival of its first tenant is another step towards its goal of becoming a leading global destination for innovation and investment in Sustainable Mobility and Low Carbon Energy.”